This unique building site photo from america shows the nearly seven-million-pound exterior of a 112-year-old building standing on 40-foot-high steel stilts. More than just an unusual construction site, this scene is the beginning of an extensive process to preserve the exterior of the Provo Tabernacle, a community landmark gutted by fire in December 2010. This tremendous photo shows the true scale of a project this size. 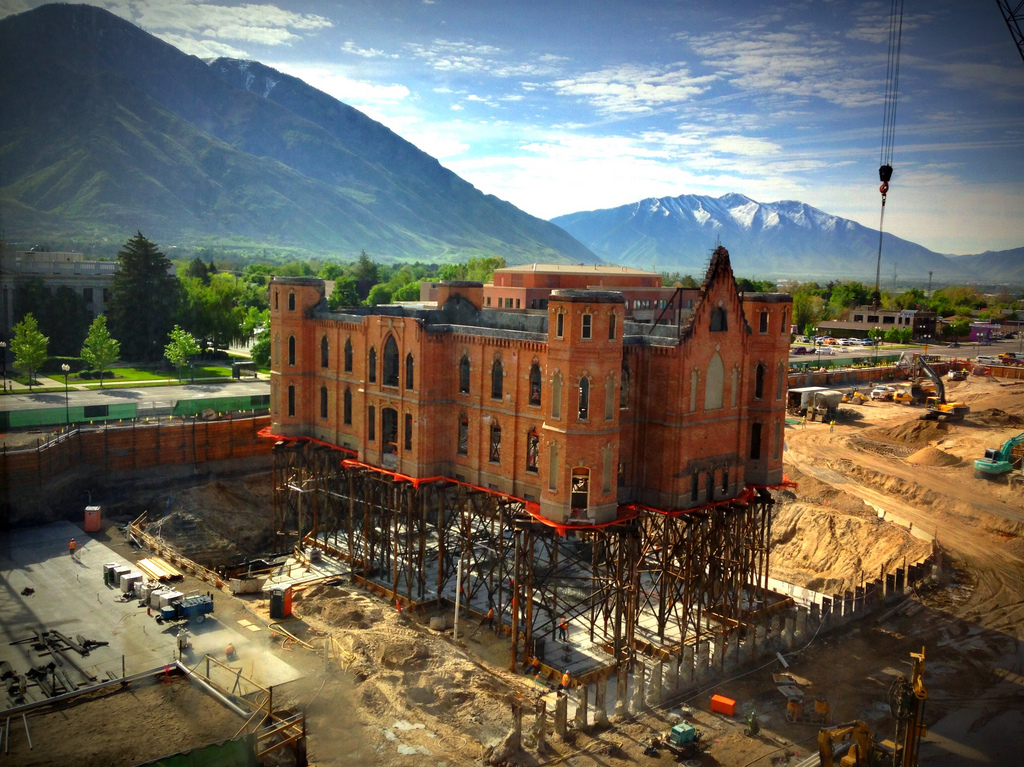 We are getting into that time of year where we will be called on to protect homes from the dreaded floods. 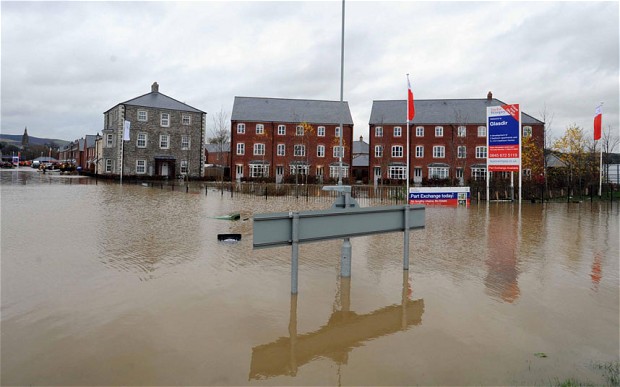 MacLennan waterproofing have a number of strategies for this. We always try and reduce the problem with external works if possible. This can include barriers, pumped systems and breathable water repellents as well as the repair of defects in pointing, service entries etc.Internally we make the property as watertight as possible and then install a cavity water management system with sealed sumps and pumps on the outside.

Here is an example detail, click on the picture below: 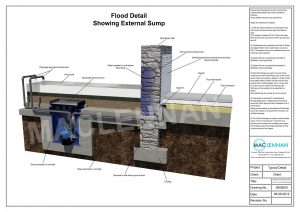 A planning inspector has granted planning permission on appeal for the construction of a building with a two-storey basement in west London, despite an adopted planning policy restricting basement developments to one storey.

The inspector decided that allowing the proposed development would not be contrary to the underlying aims of the relevant policy, which sought to keep the construction impacts on neighbouring homes to acceptable levels.

Sugar Bay Hill Limited (SBH) had proposed to construct a four storey building with two basement levels at the vacant site of the former Kensington Tavern in west London. Commercial uses were proposed for the ground and below-ground levels, with 13 homes to be contained on the upper floors. The Royal Borough of Kensington and Chelsea decided to refuse permission for the scheme in January. The Borough had adopted a core strategy policy seeking to limit basement developments to 50% of the open part of any development site and for basements not to comprise more than one storey. In an appeal decision dated 18 September (9-page / 163 KB PDF), planning inspector Peter Rose said he attached significant weight to existing planning permissions for the site which allowed for the same amount of excavation at basement level as the appeal proposal. Rose noted that the only additional excavation that would take place under the appeal scheme would be a small lower basement area and that SBH had provided evidence that this additional excavation would add a maximum of 17 further days of work across a two-year construction period.

The inspector was satisfied that the proposed development “would not significantly harm the living conditions of neighbouring occupiers during the construction period” and was not, therefore, contrary to the underlying aims of the Borough’s basement development policy. Rose considered that the impacts of the development would be “outweighed by the overall net benefits of the scheme”. He noted that, compared to the proposals for the site that had already received permission, the appeal scheme would have greater benefits “with regard to housing and townscape” and offered more beneficial use on its upper floors thanks to the additional lower basement space for commercial uses. Planning expert Victoria Lindsay of Pinsent Masons, the law firm behind Out-Law.com said: “The construction impact on neighbouring residents and homes from basement development is a key concern for London boroughs at the moment, particularly in the Royal Borough of Kensington and Chelsea which is consulting at the moment on a draft Code of Construction Practice. The consultation draft Code of Construction Practice seeks to impose greater controls on hours of construction work and audible noise levels. The Borough is also looking at introducing an Article 4 direction in April 2016 to withdraw permitted development rights for basement development works.”

“Although this appeal decision grants planning permission for a two-storey basement contrary to adopted planning policy, it cannot be taken as a precedent for two-storey basements in the future across the Borough,” said Lindsay. “The inspector clearly placed a great deal of weight on the extant planning permissions for the site permitting the same amount of basement excavation as the appeal proposal and decided that there would be no significant additional construction impact over a two year construction period. Therefore, the purpose of the policy, seeking to keep construction impacts on neighbouring homes to acceptable levels has not been hindered.”

“This appeal decision helps to focus minds on how basement policies should be applied and properly interpreted,” said Marcus Bate, another planning expert at Pinsent Masons. “The size of a proposed basement can be given too much weight in isolation. What really matters is whether the impact on neighbouring living conditions is acceptable. The Inspector rightly recognised that this was the only way to reach a proper balanced judgment in the case.”

MacLennan recently spent a day with our waterproofing products supplier, John Newton. Consistent training like this helps both of us progress and stay up to date within our industry.