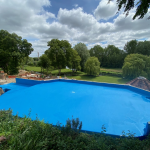 Waterproofing a deck above an indoor swimming pool 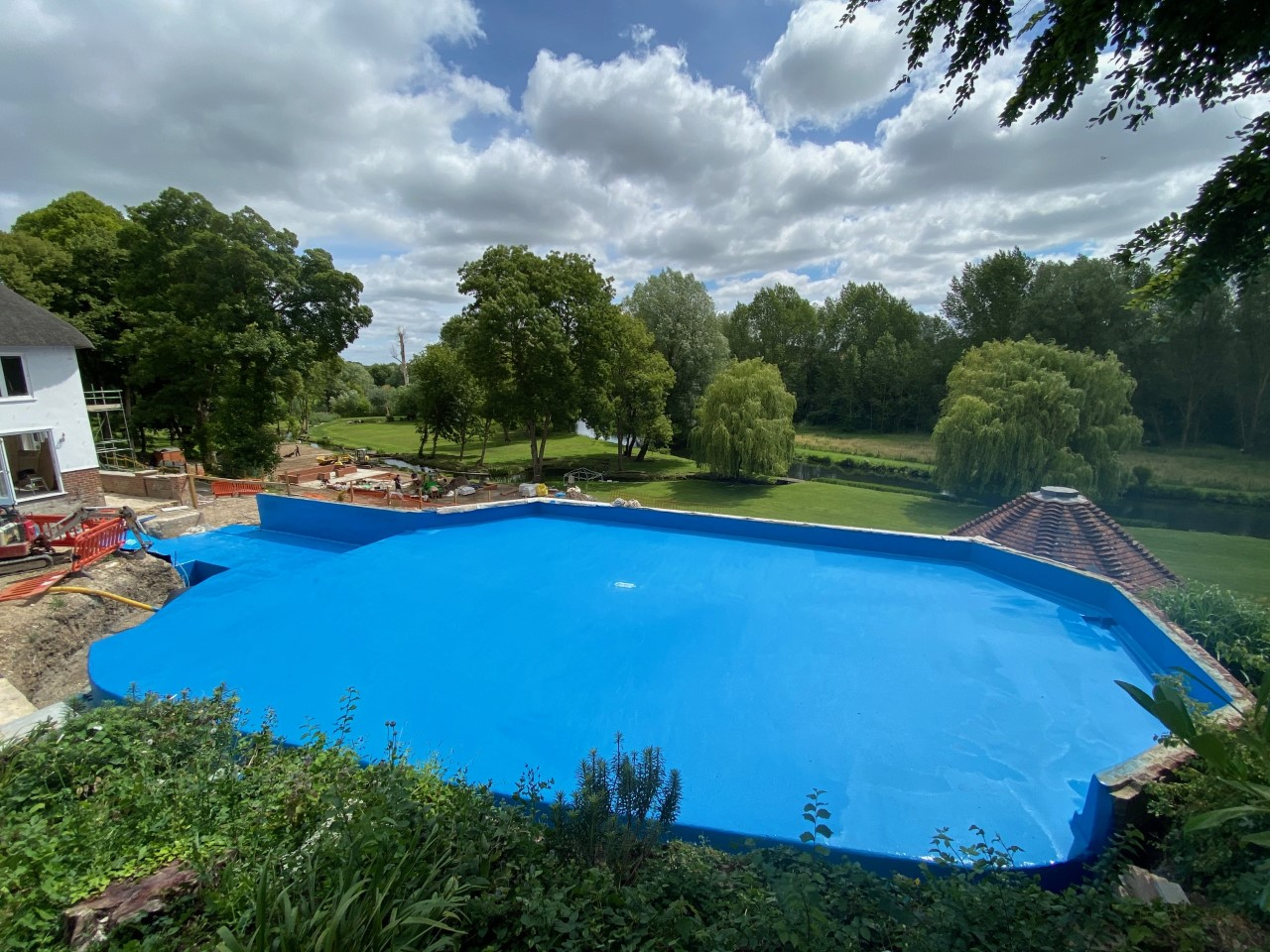 MacLennan recently finished deck waterproofing at a charming country house in Wiltshire. The property, which dates from pre-1850 with later additions, is constructed of part cob and brick under a reed-thatched roof. The semi-basement lower ground floor houses an impressive oval shaped indoor swimming pool with pool house, shower/changing room and separate cloakroom. In addition there is a cellar and store room on the lower ground floor. 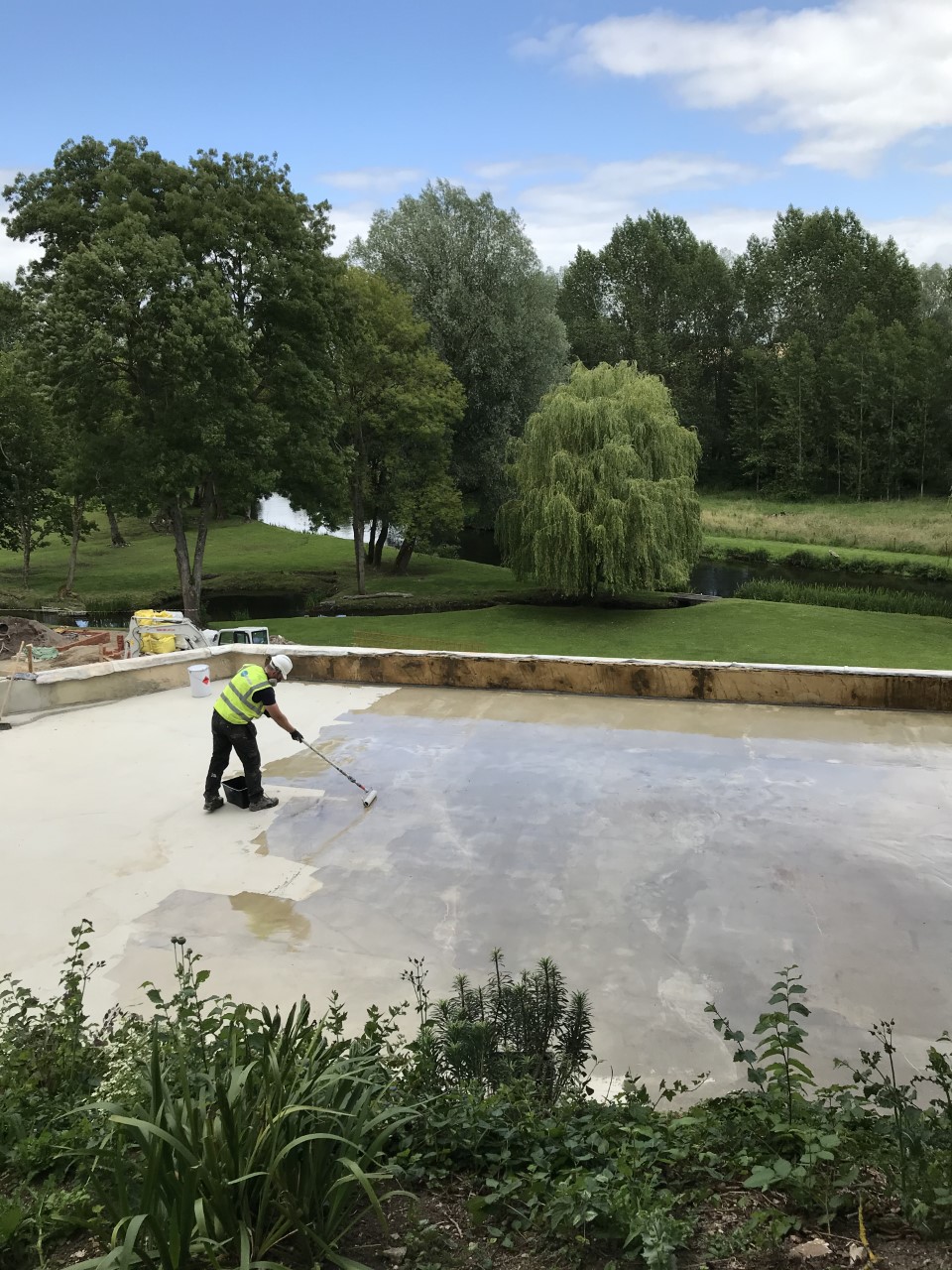 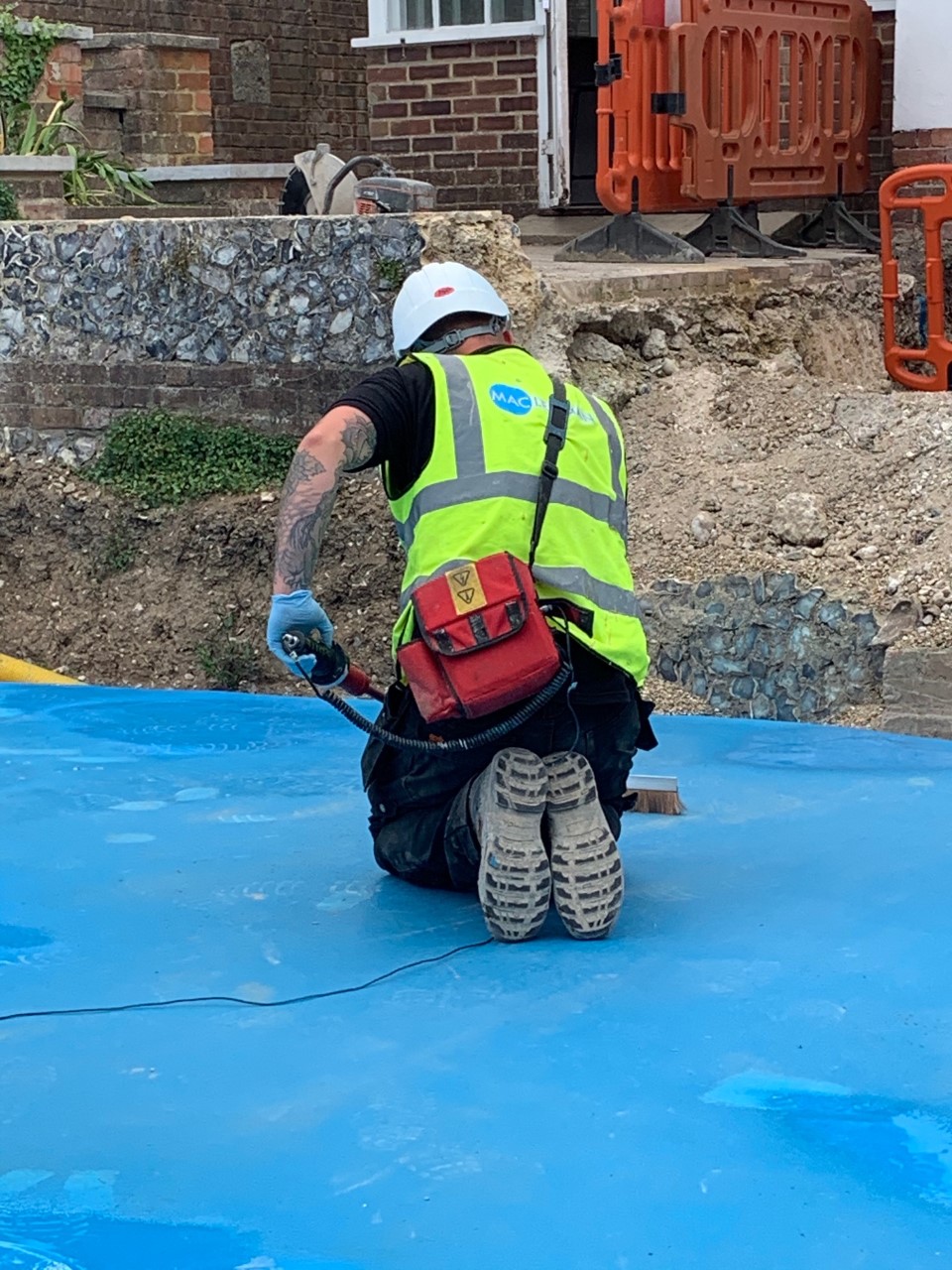 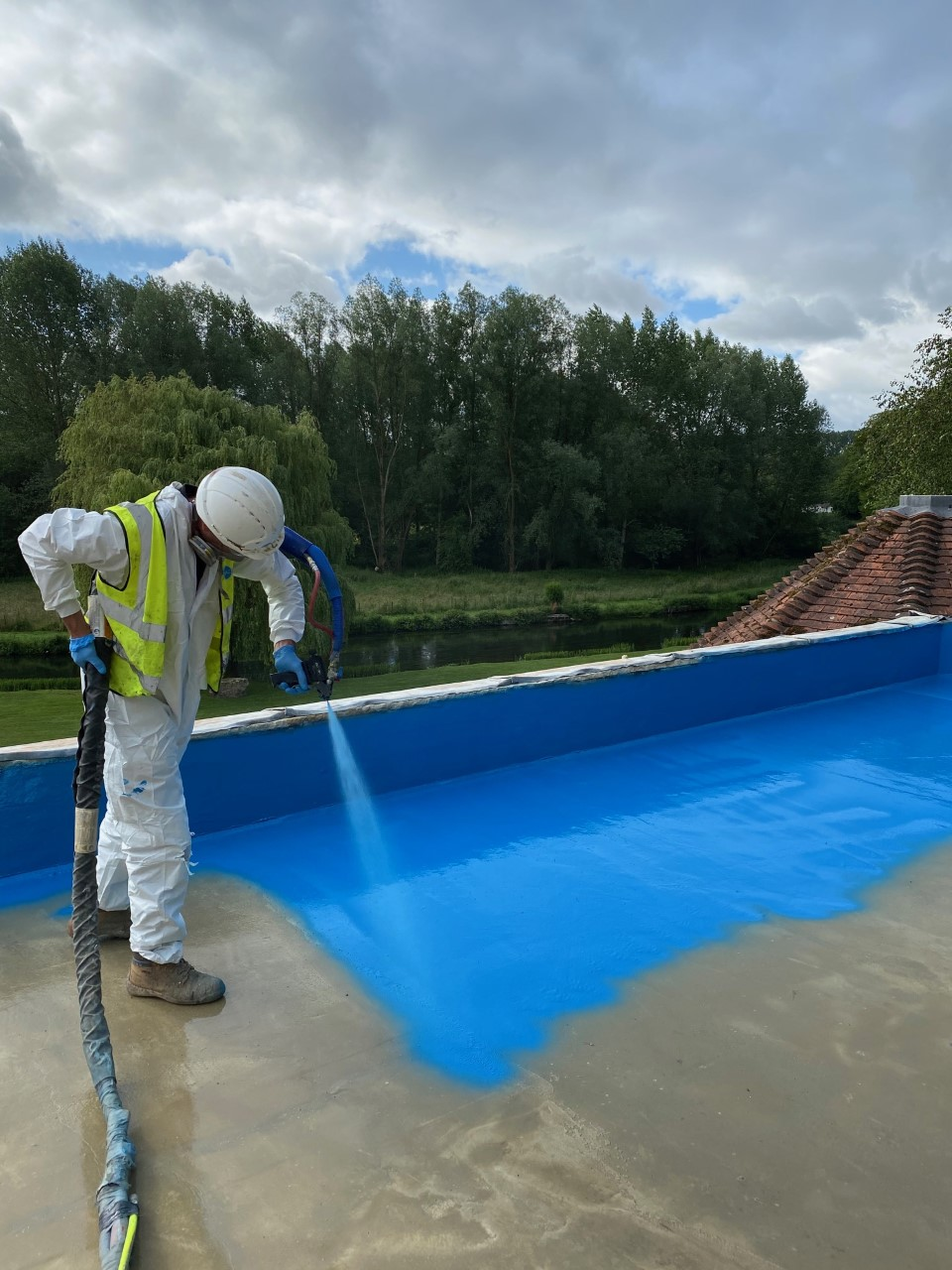 It was agreed that the spray-applied Polyprufe waterproofing system will be the most effective in keeping the roof of the swimming pool roof area completely impenetrable by water. After the substrate was prepared, MacLennan's specially trained technicians coated the prepared surface with our primer before spraying on a coat of the state-of-the-art liquid applied waterproofing system Polyprufe.

MacLennan Polyprufe is an environmentally safe polyurea based waterproofing with no solvents, emissions or VOC. It is durable, flexible and fast curing which allows for quick installation. After spraying our specialists conducted a spark test to make sure the entire treated area is completely waterproofed.

MacLennan completed all works within the time frame and the budget. The Polyprufe system is guaranteed for 10 years.

All of this was backed by MacLennan’s full installation guarantee and PI cover on the design.