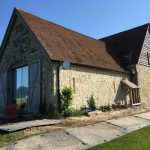 When you just have to dig it all out...

There are several reasons why waterproofing can fail. It can be due to poor detailing, corrosion, system break down or poor maintenance. Whatever the reason – we often get called in to rescue the building and remediate failed waterproofing designed and installed by others.

Our job is to assess the situation, find the cause of the failure and fix the problem. We would then professionally install a proper solution so that the client can been left with a watertight basement at last.

MacLennan were tasked with remediating a failed waterproofing system which had been installed at a stunning Barn House in Wiltshire.

It was a failed basement which had previously been waterproofed using only an external applied Type A membrane. The situation for the client was difficult as to expose the problem with the existing waterproofing system, the ground had to be excavated around the building.

Upon excavation MacLennan’s experienced surveyors found that there was no protection to the Type A membrane which had been damaged. Further to this, poor backing filling with the existing clay had impeded the effectiveness of the land drain.

MacLennan installed a new cavity drain system and also remediated the external system. Further to this the builder installed a new granular back fill wrapped in a geotextile. Which was drained to a soakaway downhill from the property.

We used our own cavity drain system and a fully serviceable pump drainage system to comply with British Standards BS8102.

Client received a watertight basement inside and out as MacLennan took on full liability for the design, supply and installation. All work was carried out within the agreed budget and time frame. Maclennan guaranteed the work and it was all covered by our 10million PI. 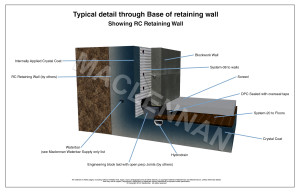 3D drawing of typical detail through base of retaining wall 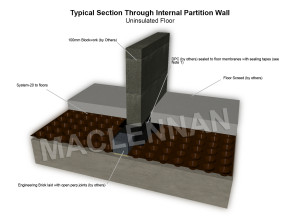 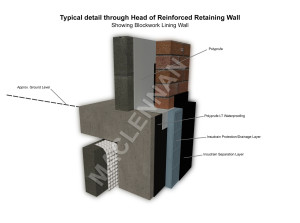 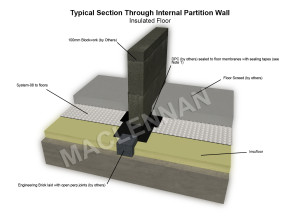