This historic commercial property had flooded due to an extremely high water level in the river directly next to the building. The walls and footings of the property formed the side of the river, because of this the water got to the bottom of the windows but entered through the wall floor junction and defects in the concrete slab.

MacLennan surveyors attended during the flooding and installed emergency automatic pumps to keep the water down, the basement area had flooded in previous years and had been tanked with a cement based tanking system. MacLennan deemed the installation to be defective and the system not suitable due to the friable historic brickwork laid in lime mortar. MacLennan’s proposal was as follows:

The property is completely protected against water ingress and at no risk of further damage from flooding. The installed system is capable of pumping out a vast amount of water during the event of further rising water levels, to almost double the possible predicted needed capacity. The flood proofing was successful and leaves the residents of the building sheltered from any further distress. All work was completed extremely quickly and within budget. 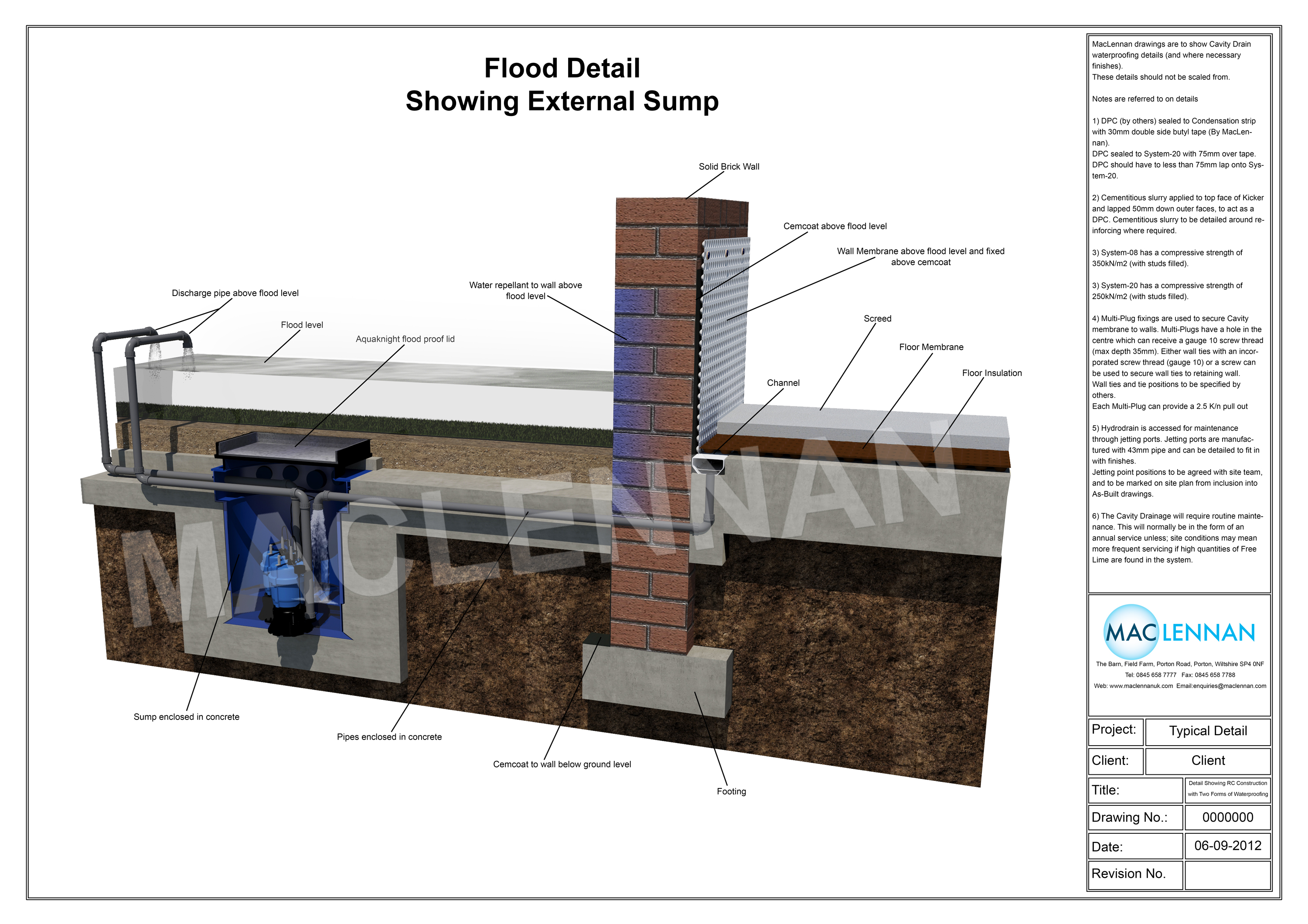